In the third and final debate last week, Hillary Clinton tried to flex her fiscal responsibility bona fides by vowing  that she “will not add a penny to the debt” on three separate occasions. That must mean she has comprehensive reforms to address entitlements, rein in other spending, and reduce our commitments abroad, if she […]

Paul Krugman is offering a significantly strange argument about why we just don’t have to worry about the national debt. It’s only projected to rise to 113% of GDP after all. The problem here is twofold. Firstly, the projection is pretty rosy–there are a number of assumptions which look pretty good but one that’s rather […]

The next president will appoint at least one and perhaps as many as three Supreme Court justices, who in turn will have a decisive impact on the Court’s jurisprudence for decades. But last night’s presidential debate revealed that neither of the major-party candidates understands what Supreme Court justices are supposed to do. Moderator Chris Wallace […] 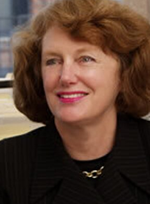 Trump And Clinton’s Healthcare Debate Was No Contest

Donald Trump’s penchant for brusque remarks came in handy during the second presidential debate, eight days ago. When the discussion turned to the president’s health law, the GOP candidate’s message was clear: “Obamacare is a disaster. You know it. We all know it.” Only Hillary’s own spouse put it better, when he called Obamacare “the craziest […]

Yesterday I observed here how the 2016 race reflects American conditions in the late 1970s — also stagnant — and how the political elites are echoing President Jimmy Carter’s feckless reaction in his notorious July 15, 1979 address to the nation in which he said, in part: The threat is nearly invisible in ordinary ways. […]