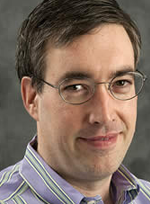 Professor of Economics at the University of Chicago

View all Articles by Casey Mulligan

Casey Mulligan at the Issues Forum

Cadillac Plans and the Pinto Economy

Several Republican candidates’ health care plans contain a large hidden employment tax that would slow down the nation’s economy. Our federal system of taxes and subsidies are known to discourage work by levying more taxes on (and paying fewer benefits to) workers than non-workers. The only important exception comes with the tax treatment of health […]

Business Experience Is No Cure-All in Government

Because government and business are fundamentally different in their financing and their evaluation, good business practices can make for poor governing. The election cycle regularly brings forth successful businesspeople who argue that voters should select them for public office over seasoned politicians because of the skills and experience they acquired in the business sector. In […]

Wow!  A widespread failure to consider the economics of health reform has led Republicans to push legislation to (unwittingly, may we suppose?) promote socialized medicine, and Democrats to oppose it! The new Republican-sponsored bill (“Save American Workers Act”) is about changing the “definition of full-time work” from 30+ hours to 40+ hours. But we are not really […]

In the past four decades, millions of American women have entered the workforce, sought out new occupations, and embarked on professional careers. In fact, by 2013, just 18 percent of working women worked only part time. This marks a sharp reversal of conditions in 1975, when men did the vast majority of full-time work, while […]

The Myth of Obamacare’s Affordability

Whether the Affordable Care Act lives up to its name depends on how, or whether, you consider its consequences for the wider economy. Millions of people pay a significant portion of their income for health insurance so they and their families can get good health care when they need it. The magnitude of their sacrifices […]