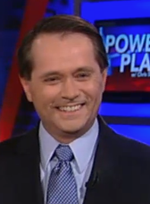 Editor in Chief of Opportunity Lives

John Hart is an award-winning writer, journalist and public relations professional with nearly 20 years of experience in politics and public policy. Hart is currently serving as Editor in Chief of Opportunity Lives, an online magazine about conservative solutions. Previously, he was Senator Tom Coburn’s longtime Communications Director. Hart has also worked for then-U.S. Representatives Jim DeMint and Steve Largent. He has co-authored two books – Breach of Trust: How Washington Turns Outsiders into Insiders and The Debt Bomb: A Bold Plan to Stop Washington from Bankrupting America, and has appeared as guest on Fox News, MSNBC and other cable outlets. He lives in Fairfax, VA with his wife, Kimberly, and four children.

View all Articles by John Hart

John Hart at the Issues Forum

On 9/11 – What Abraham Lincoln Taught Us About Remembering

The 15th anniversary of the terrorist attacks of September 11, 2001 was an important moment for our nation. But Abraham Lincoln said everything said on September 11, 2016 more poignantly in 1838. In his famous “The Perpetuation of Our Political Institutions” speech in Springfield, Illinois, Lincoln brilliantly captured the challenge of remembering and reapplying our founding […]

U.S. Senator Tim Scott, not Colin Kaepernick, Deserves to be Heard on Race

That San Francisco 49ers quarterback Colin Kaepernick’s could capture the nation’s attention by sitting during the National Anthem to protest oppression of minorities says a lot about the state of race relations in America. Compared to Rosa Parks or Martin Luther King Jr., however, Kaepernick’s behavior is protest juvenilia — a youthful and immature outburst […]

Donald Trump made himself infamous to critics for saying he wanted to build a wall on the southern border and make Mexico pay for it. But Hillary Clinton deserves equal scorn for wanting to build a wall around American companies and make middle-class workers pay for it. Earlier this month, Trump announced he would cut […]

In a recent piece in The Atlantic “How American Politics Went Insane,” Jonathan Rauch argues that the bizarre 2016 cycle is essentially the consequence of over-reforming Washington. The problem, according to Rauch, is that when you try to take the politics out of politics nothing gets done. The solution? Bring back pork. Rauch writes: “For […]

Sanders is a Bigger Story than Trump

At the final Democratic town hall before the Iowa caucuses, Sen. Bernie Sanders (I-Vt.) delivered a passionate closing argument. He said the country needs a “political revolution” toward Democratic socialism. Sanders’ belief that his message has “touched a nerve” isn’t bleary-eyed optimism. The latest poll average at Real Clear Politics  shows a dead heat in […]