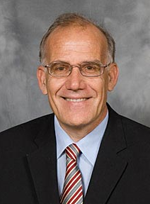 The Greek city-states in the fourth-century BC, fifth-century AD Rome, and the Western European democracies after World War I all knew they could not continue as usual with their fiscal, social, political, and economic behavior. But all these states and societies feared far more the self-imposed sacrifices that might have saved them. Mid-fifteenth-century Byzantium was […]

Until the last few minutes of last night’s debate, Donald Trump had been the only candidate to talk about trade policy during the debates.  At the first presidential debate, [Hillary] Clinton studiously avoided the topic even as Trump used Clinton’s past support for NAFTA and her flip-flop on the TPP to blame her for all […]

One of the central premises of the “new liberal economics,” as described by the Hillary Clinton campaign, is the notion that monopoly power is growing and must be stopped by applying more antitrust law. While it is true that many indicators of market concentration are up, it’s less clear that antitrust law is an effective […]

What Bill Clinton Didn’t Tell You: In 2008, Hillarycare Was Just As ‘Crazy’ As Obamacare

The writer Michael Kinsley once said that “a gaffe is when a politician tells the truth—some obvious truth he isn’t supposed to say.” So it was when Bill Clinton pointed out earlier this week that Obamacare’s drastic premium hikes were “crazy.” But the aspiring First Gentleman neglected to mention that Hillary Clinton’s 2008 reform plan […]

Joe Biden, the Vice President, has taken to the pages of the Wall Street Journal to lecture us all on the perils of short termism. Two things quickly become apparent. The first being that the current Vice President is remarkably confused about how this politics game works. He has been in office for the past […]