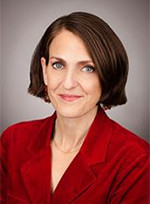 Donald Trump delivered another economic speech last week. Like his previous speech in Detroit, his delivery was pretty effective and so was his rhetoric. I thought he did a better job at being less gloomy about the state of the country; he even sounded excited at times about its future. That said, Trump’s overall plan […]

Promising More of Everything — Except for Growth

Hillary Clinton recently laid out her plan for the economy, which boils down to more government, more spending, more taxes, more regulations and more red tape. It translates into more debt and less growth. Some of the most outrageous provisions of her plan are those that target U.S. corporations abroad. To be fair, Clinton’s policies […]

Presidential nominee Donald Trump wants “to jump start America,” and thinks “it won’t be that hard.” In a speech delivered at the Detroit Economic Club, he outlined his plan for the economy. It boils down some tax cuts, eliminating regulations, and engaging in trade wars. A significant portion of the speech was spent attacking Hillary […]

Creating something that people want is how one gets wealthy in a market economy. Sadly, there’s another way to get rich. It’s called cronyism, and it can make billions for the lucky businesses that get government support—whether their products are profitable or not. In the process, the taxpayers foot the bill. Taxpayer insurance against unprofitability […]

Who is Donald Trump? Right now he is the GOP’s front runner. He is a businessman. He has been a reality TV host. He has been in the news for years, and he is news today. But what does a Donald Trump policy agenda look like? It is unclear. First, a look at his campaign […]